In Next to focus, a human figure, sound and objects will perform a series of dislocations and relocations, folding into each other. In the process, sound will become a body and performer of its own. We will set up series of actions in which the performer is alternately the one who actively produces or relocates the sound, and the one who is driven and mobilized by it, which will make the agency of the viewer constantly shift.

Taking sounds as a matter to question the state of reality, the mechanism to be use is simple and efficient. Different sound sources are displayed in the space. By changing the source of sound the spectator is invited to relocate the focus of attention, and within we are provoking a clear reaction: in each of the shifts we have created a gate, a space‐time break that invites us to enter a new territory, a new area, a new reality. In each shift, we generate an aperture that allows us to get access to a phenomenological space. Within these opening protocols, we are inviting others to inhabit the creases that appear after the unfolding process.

The scenes have the potential to unlock new and unexpected perspectives for the spectator; they offer a extremely broad set of playful combinations between object, space and sound – and the performer who might be seen as another element among these others or, even more importantly, as a source and ‘emotional mirror’ that opens up depth and human experience. 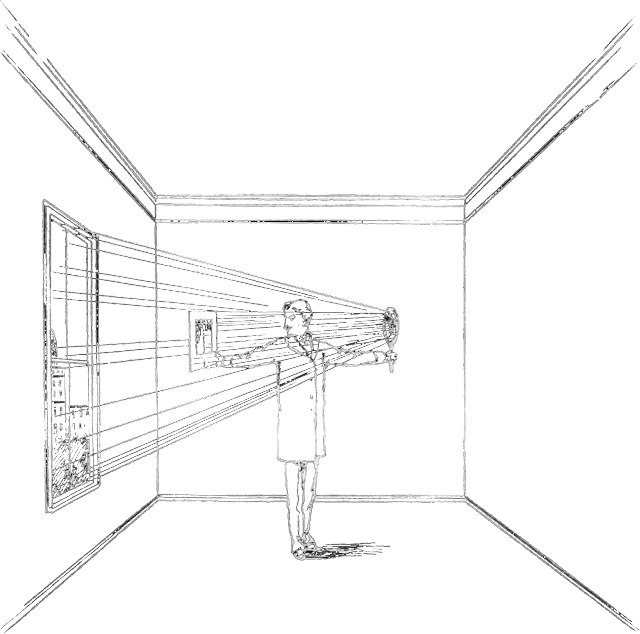