A transparency exercise I 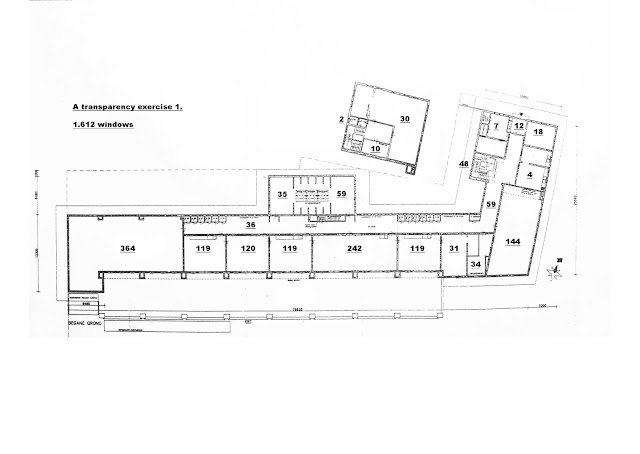 Through the window we see life passing by. Time marches before our nostalgic gaze and whole lives elapse through the glass with its cold presence which separates us from the world we observe, converting us into spectators, into the audience of remote. Stories of the personal or universal succeeding one another are repeated before our eyes without our being able to intervene, without even our wanting to cease being faithful observers of a story made of fragments of time and feelings which, since they are remote, we strive to keep from affecting us.

In The Netherlands, living room windows are large and left uncovered day and night. This pattern, which is widespread in all urban and rural regions in this country disappears abruptly as soon as the border into Germany is crossed where windows in general become smaller and consistently covered. Travelling south into Flanders, the disappearance of open windows is gradual but noticeable. The cognitive and sensory meaning of a single object in material culture, the Dutch window, can be examined as a concrete articulation of the boundary between the public and private realms, by looking at it through successive conceptual frames in sociology. In the DasArts building we can find 1.616 glass windows of varying size, colour and opacity. The idea is to clean them all, attempting to literally and metaphorically en-lighten the space that surrounds us. The purpose is to start the day with a demonstration given by a professional glass-cleaner who will show us the proper way to do this transparency exercise and at the same time, to share with us his experience, feelings and thoughts about his profession. Later we will take on the task of cleaning the windows at DasArts, performing a group cleaning ‘work out’ followed by a ‘transcendental dinner’ experience. There are three main elements in this project:

Window: A window is an opening in a wall that allows the passage of light and, if not closed or sealed, air and sound. Windows are held in place by frames, which prevent them from collapsing in. The window is a metaphor and light is a symbol. Its very form, its original essence affords literary meaning to its existence: simply an opening in the wall to let light in, to enable us to see what is around us. Sometimes a small opening that allows us to see, but does not allow others to see us, slight defensive openings to await the enemy; large windows to look at the landscape, close to the sea, to let in light and warmth. Windows that work from one side only, to observe detainees and their interrogations, to spy on others. It can be a symbol for discussing curiosity, indiscretion, a way of peering into other lives which do not matter to us initially, but through which we eventually live our own. In film, Hitchcock´s Rear Window summarizes everything that can be said along these lines. But open a door, perhaps a window, to explore how the mass media have become the great rear window of our time. The world that used to gather around and chat in the patio and in the neighbourhood to gossip about the familiar environment is now dispersed and isolated in their homes, in front of electronic windows that offer indiscreet stories about far away people, myths that we ultimately strip to recognize ourselves in their miseries and to once again ascertain, with unavoidable pleasure, that the rich also cry. A fragile opening in a sturdy wall, in walls that delimit our lives, a close, everyday, controlled reality. Through those windows firmly held in place by a frame, the exterior enters into our homes and our minds. Through those misty window panes imagination enters, for the window is simply the frame through which we see the world.

Transparency: In optics, transparency is the material property of allowing light to pass through. The opposite property is opacity. Transparent materials are clear—they can be seen through. Translucent materials allow light to pass through them only diffusely: they cannot be seen through. Physically, transparency is explained by electron energy levels. The quantum energies of the incident photons must match available energy level gaps in order to be absorbed. For example, glass is transparent to visible light because electrons in it have no available energy levels above them in the range of the quantum energies of visible photons. The result is light coming through glass without absorption. Also transparency, as used in the humanities, when used in a social context, implies openness, communication, and accountability. It is a metaphorical extension of the meaning a "transparent" object is one that can be seen through. Transparent procedures include open meetings, financial disclosure statements, the freedom of information legislation, budgetary review, audits, etc.
Cleaning: The act of cleaning could be considered menial in relation to an act of art, yet it is one we are nevertheless reliant on to create a habitable foundation for being. Buildings reflect the architecture of the body and mind, the external reflects the internal and vice versa. How can we create egalitarian systems of thought if we take for granted the social hierarchies we depend on, and how can we integrate the connection between thought, action and being, if we project our ideas onto the spaces we inhabit and the people we interact with, without first becoming transparent to the reality without our identity projection, without the defenses that resist contact with the other, unknown. The virtual reality of the mind’s projection onto objects and relationships becomes more real through a careful and conscious attention to detail… a work, like cleaning that must constantly be made aware of changes in environment and lapses of time, in order to maintain the integral system of detail perception. Sterility and the clinical both function to minimise obstacle materials and locate the point of focus in its most minimal, particle form. Transparency is something we loose with adulthood and social adaptation, but opacity and obscurity are temporary layers developed through time and experience that can also be washed away, to contact the invisible element within that takes on form not as ultimate expression, but reflection of the dynamic obstacle of localised space and time. Transparency is a metaphor for a progressive consciousness; receptive to the external it transcends the violence of identity projection through form, taking its identity source not from an external image but the invisible, formless and de-localised, transpersonal. The cellular forms of jellyfish in a microcosmic ocean, form an image of such beauty as they are shaped so harmoniously by their environment they appear analogous to water itself. The human question of identity can perhaps be answered when we create harmonious, reflective and transparent connections between thought and action, self and other, the internal world of subjective experience and the hierarchy of our performative and functional roles in society. Transcendence is an all inclusive process, beginning at the end and ending again at the beginning. Just as pleasure leads to work and work to pleasure. 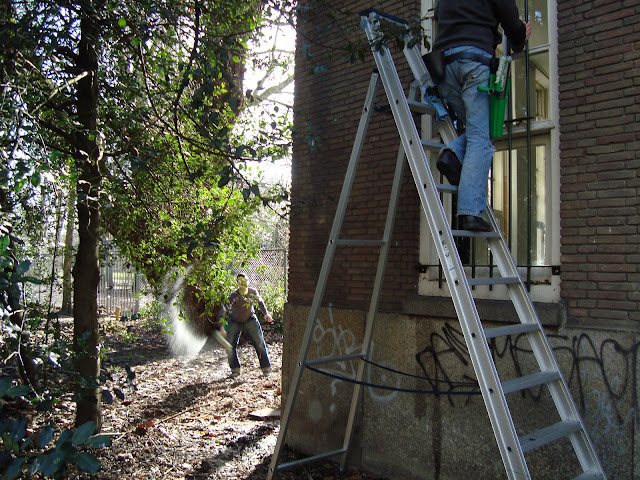 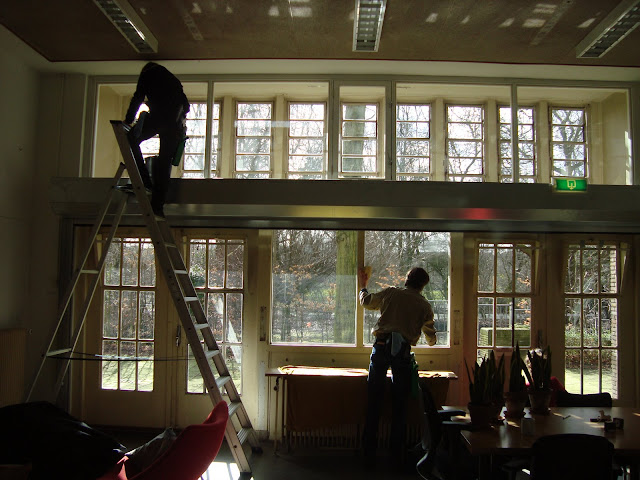 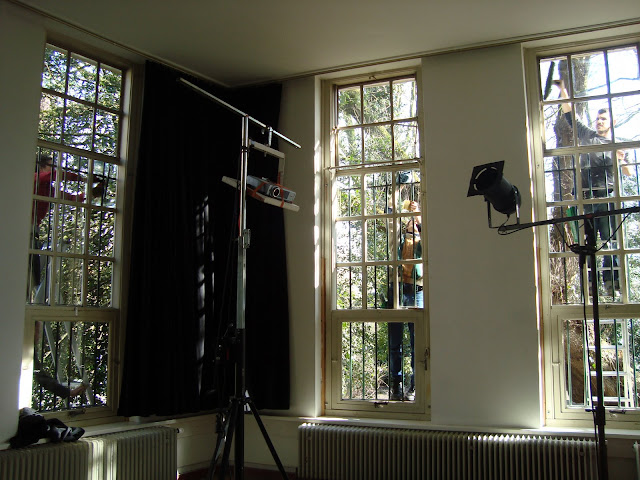 With the priceless help of Tabitha Kane
Etiquetas: 2009 // A transparency exercise I