The Aesthetics of Disappearance I. John 10:9

Jesus said, "I am the door; if anyone enters through Me, he shall be saved, and shall go in and out, and find pasture." (John 10:9). This statement is a part of Jesus' teaching after He had healed the man born blind. It had been at Jerusalem that Jesus had miraculously healed the man. Evidently, the man had been a familiar sight in Jerusalem, perhaps because he begged for his sustenance at some busy intersection. It was a powerful miracle that no one could deny.

‘Aesthetics of Disappearance 1. John 10:9’ is a space-based performance, which tries to bring the audience a little miracle, the crossing of a wall. An invisible installation was pre-set on the wall, made to merge a drawing of the interior or a room, with the door that was traced on the wall. The biblical quote John 10:9, ‘I am the door, if anyone enters through me, he shall be saved’, was spread among the audience, and a random program on the BBC News was playing at that moment. 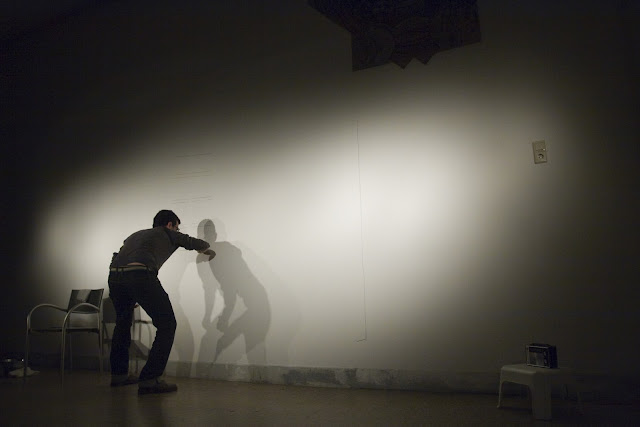 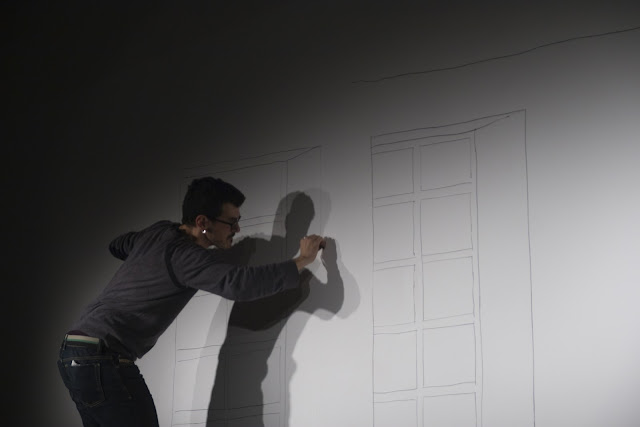