Instructions for a domestic supernova fusion 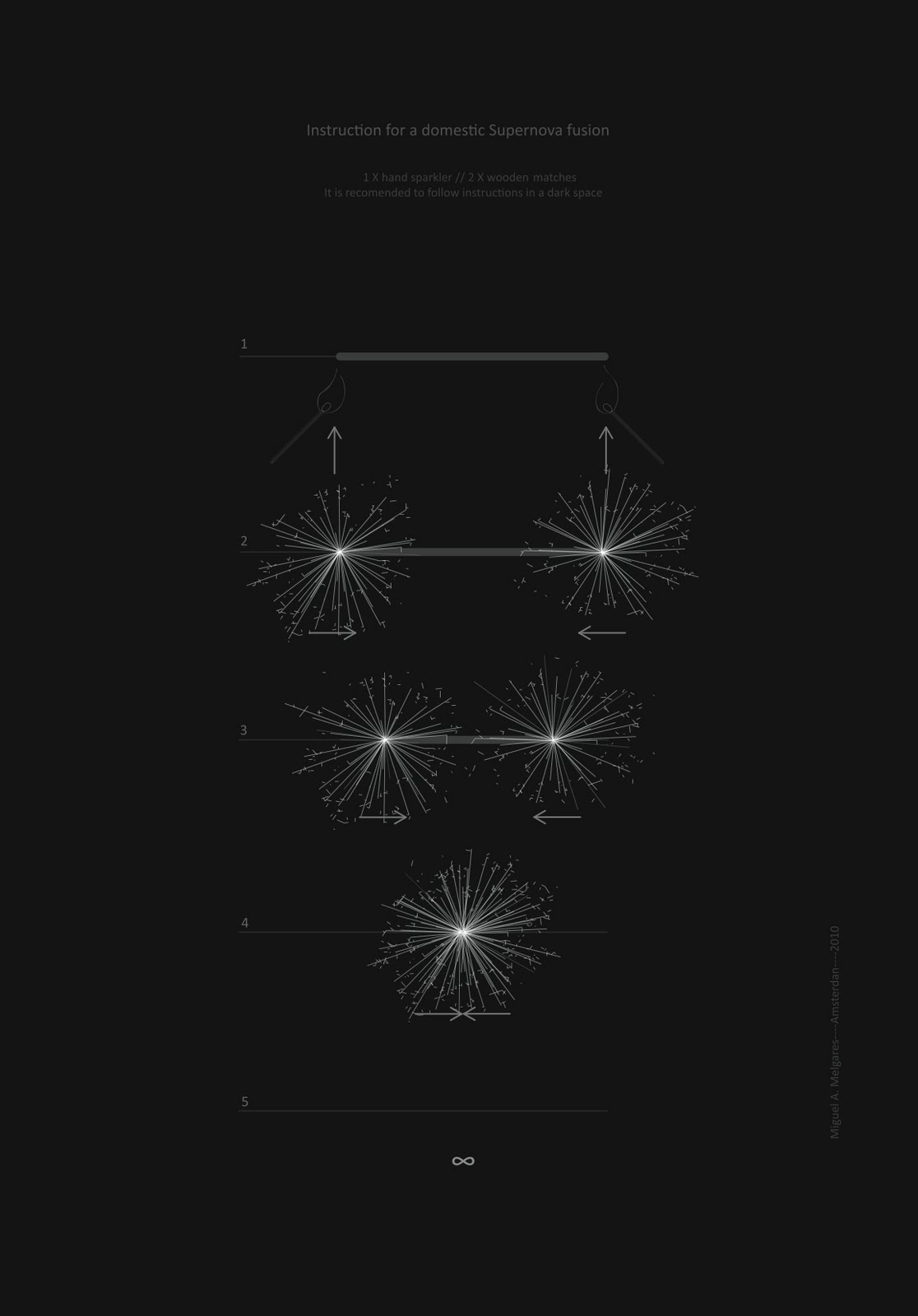 November 5 – 29, 2010 | Opening Nov. 5, 6:00pm until late
In collaboration with Parallax Space
Drift Station Gallery and Parallax Space are pleased to announce the opening of their exhibition “Instructions for Initial Conditions” to be held on Friday, November 5th, 2010. Located in downtown Lincoln in a renovated former auto-body shop, this opening will be the second for both galleries.
The “initial condition” is a term used in Chaos Theory referring to a simple starting point that, when the system is set into motion, is radically transformed into an unpredictable result. The works in this exhibition describe an initial condition by which an artwork can be made or enacted, taking on the form of instructions that are exhibited as artworks in and of themselves. They run across traditions and disciplines: some act as a catalyst for acts meant to be carried out immediately, while others are purely poetic calling for no action, or are conceptual or impossible to be realized and can only be completed mentally. Viewers are invited to engage the works as they see fit, either here in the gallery or later at a location of their choice.
The works in this exhibition are the result of an international open call, using the internet as a medium to both solicit and “ship” works. Over 120 artists from six continents sent works, which were limited to an emailed file that could be printed in black and white on an 8.5 x 11” sheet of paper. These limitations served to show that art fundamentally is not about materials, media, or financial resources but about ideas. We were surprised and delighted by the diversity of the art works received and proudly present them to you.
The opening reception will also feature a performance created by Parallax Space’s Bill Graham in collaboration with members of the Mighty Vitamins that invites members of the audience to help create constantly-changing sonic loops.