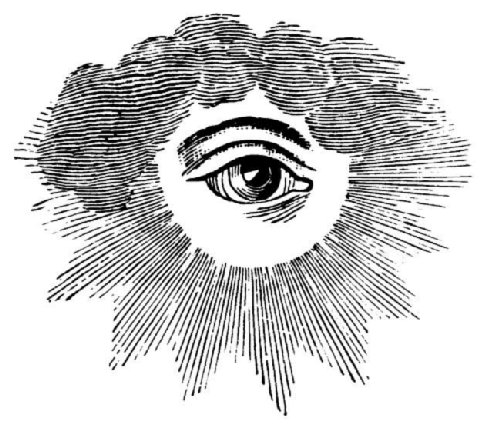 The ever-increasing engagement distance of combat reveals itself as the primary goal in the history of weapon development. It has been a long journey towards the same direction: from fist fights to using devices that extend the actual distance between the combatants; from knives to swords to lances to bows to guns to bombs to planes to rockets to drones.

With The Automated Sniper Julian Hetzel explores the change of relation in warfare through distance. Enemies, heroes, combatants, accomplices and other forms of attachment figures are part of this configuration. It’s a performance on violence that explores the oscillating relation between the virtual and the real on the example of the drone. Seeing is the primary tool for sensory engagement in drone operation. The work of the drone operator is both virtual and actual. The image is not immediate or real, but abstract and digital. Yet it unfolds in real-time. Seeing becomes doing. Watching becomes killing. The ethics of warfare have been gradually and fundamentally redefined. There is no option to strike back anymore since the adversary has been removed from the battlefield. The idea of the coward and the hero is merging into one.

Two performers are engaged in defining a relation by permanently constructing and deconstructing it through ongoing competition and fights. The performance is a battle and the stage is the battlefield. It’s an unequal setup since the audience is also able to interact. An automated and remote controlled weapon is installed above the stage, aiming at the performers. The trigger of the weapon is handed over to the audience. The performers become targets while an interactive and collective mode of decision-making releases the trigger. An eye for an eye, a tooth for a tooth. 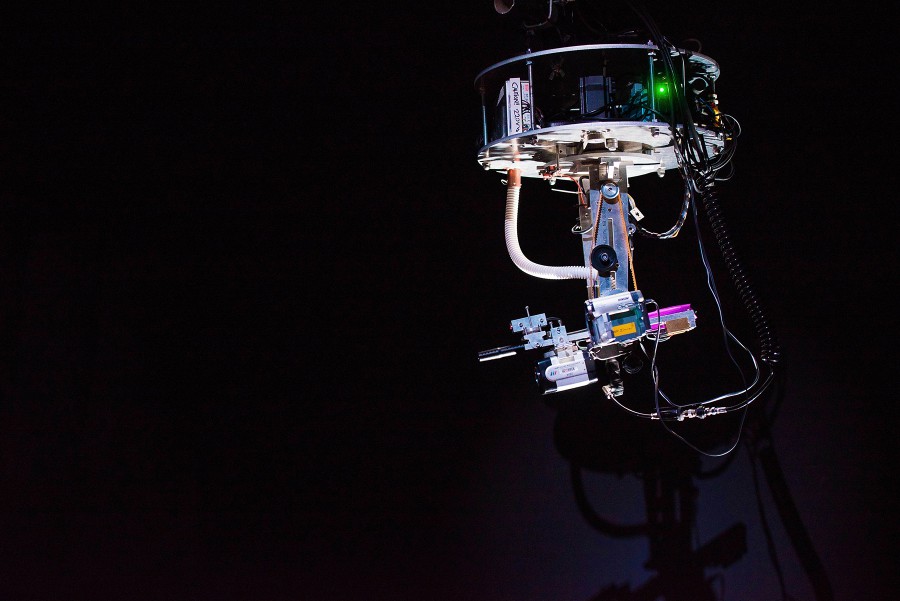 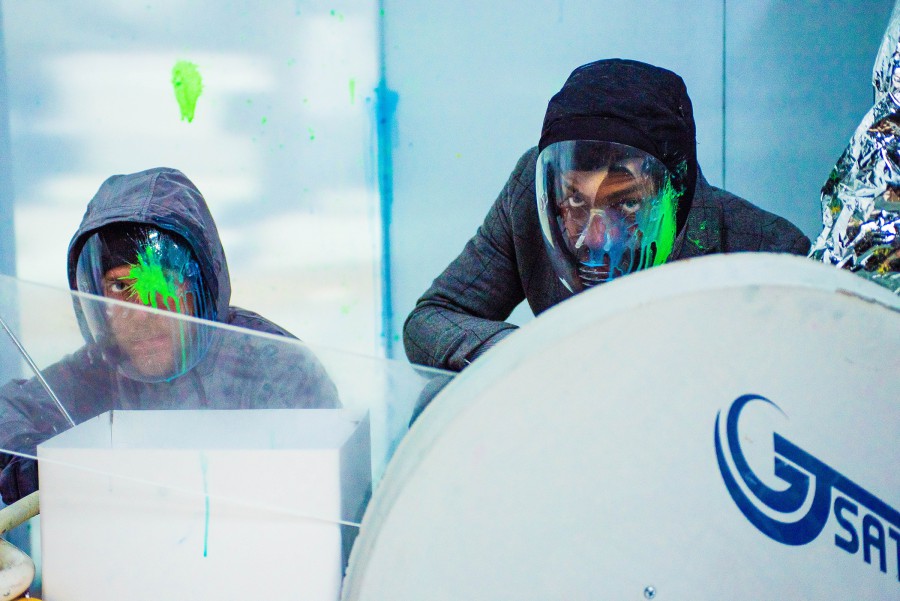 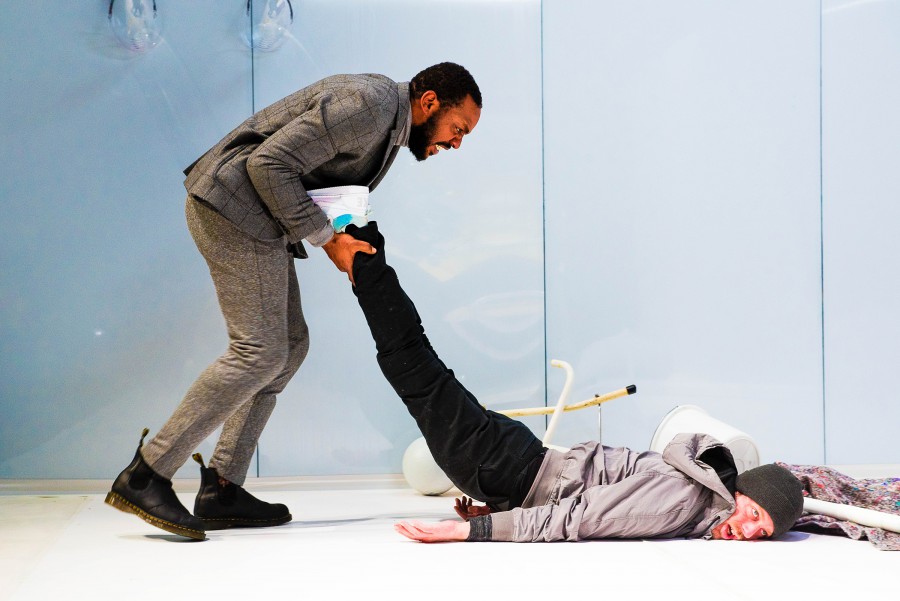