Portrait of a wet country

To start, I will explain something about the title. Before coming to Amsterdam, I was working at the University of Granada on a research project titled ‘The contemporary portrait as a trans-border space’, where I was looking for new ways of understanding and developing portraits. I find the idea of a portrait so attractive because it is probably the most profound, artistic way of looking at and representing realities. The second part of the title: ‘of a wet country’ stems from my personal fascination for the country where I’ve been living for almost three years, The Netherlands. On my arrival, I was walking through a neighbourhood and came across a birthday celebration at someone's home that was visible from the street. When I saw another and another I began to notice and consciously register a familiar pattern of colours, shapes and impressions. This acted as a psychological key enabling me to recognize and form a sense of another culture as an outsider. I am interested in the personal experience of culture, how we recognize and establish a relationship to our social environment. On a universal level I also want to explore how broader, external factors such as geographical, social, political give a specific culture its form and how that is reflected in the identity of the people who live there. While I was preparing the research for this project, I realized that it was no longer possible to try to put everything together as a single idea or approach on how a ‘portrait of The Netherlands’ should be. The solution therefore was to shape the projects in a compilation of works that I’ve tried to define here:

‘Portrait of a wet country’ is an interdisciplinary project. Its main goal is a personal artistic analysis of the multiple realities of the Dutch culture that seem remarkable to me.

‘Portrait of a wet country’ is a series of performative installations. By keeping a changing structure, the installations and performances can connect different subjects. In this way, the constellation of all works creates a portrait in a broader sense and over a longer period of time.

‘Portrait of a wet country’ is a poetic and political art work, taking as a starting point, my fascination for windows and curtains when they are opening and closing, water reflections that show reality in an abstract or inverse way, the sound of birds when they are silenced by planes passing by, etc. This country is in a fragile balance between its nature and the needs of the human hand: bringing this equilibrium into disorder could make the country collapse.


When I first opened the Spinoza’s book ‘Ethics’, looking for something that could maybe help me to discover what makes this country unique, my random reading drove me here: ‘The following is my reason for so doing. Nothing happens in nature which can be attributed to any vice of nature, for she is always the same and everywhere one. Her virtue is always the same, and her power of acting; that is to say, her laws and rules, according to which all things are and are changed from to from, are everywhere and always the same method of understanding the nature of all things whatsoever, that is say, by the universal laws and rules of nature.’ 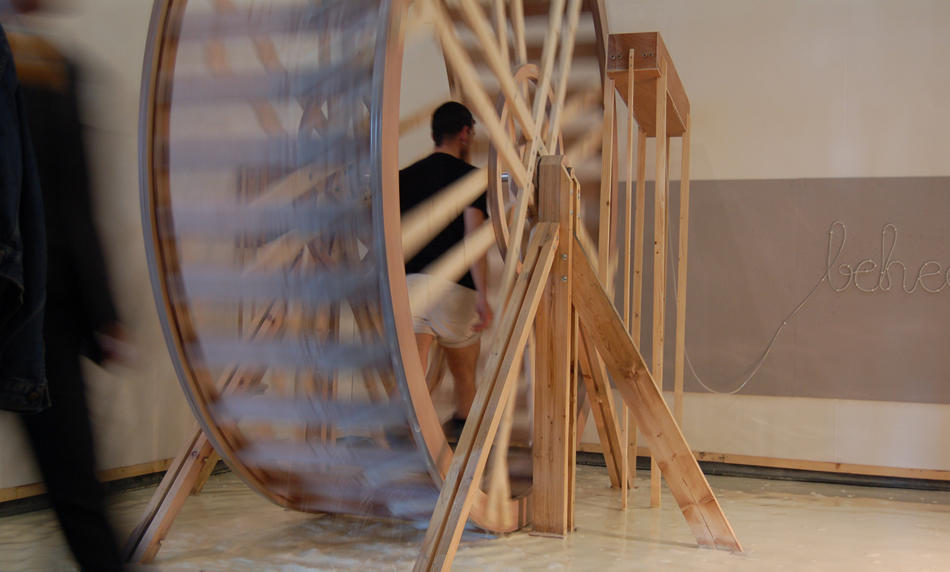 PORTRAIT OF A WET COUNTRY. Chapter 1.

PORTRAIT OF A WET COUNTRY II. The Birthday Party.

PORTRAIT OF A WET COUNTRY IV. The Island.